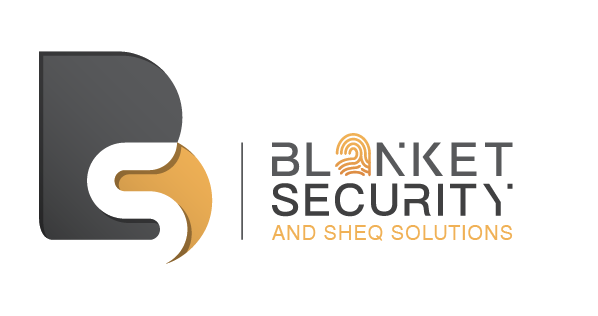 Waste has been a major environmental issue everywhere since the industrial revolution. Besides the waste we create at home, school and other public places, there are also those from hospitals, industries, farms and other sources. Humans rely so much on material things and they all (almost) end up as waste.

Waste in South Africa is currently governed by means of a number of pieces of legislation, including:

Definition of Waste according to the National Environmental Management: Waste Amendment Act, 2014 (Act No 26 of 2014)

(b) any substance, material or object that is not included in Schedule 3 that may be defined as a waste by the Minister by notice in the Gazette,but any waste or portion of waste, referred to in paragraph (a) and (b) ceases to be a waste –

(i) once an application for its re-use, recycling or recovery has been approved or, after such approval, once it is, or has been re-used, recycled or recovered;

(ii) where approval is not required, once a waste is or has been re-used, recycled or recovered;

(iii) where the Minister has, in terms of section 74, exempted any waste or a portion of waste generated by a particular process from the definition of waste; or

(iv) where the Minister has, in the prescribed manner, excluded any waste stream or a portion of a waste stream from the definition of waste.

Waste Classifications as defined in the NEM: Waste Amendment Act, 2014

Waste is divided into two classes based on the risk it poses – general waste and hazardous waste.

“general waste” means waste that does not pose an immediate hazard or threat to health or to the environment, and includes:

(b) building and demolition waste;

(e) any waste classified as non-hazardous waste in terms of the regulations made under section 69, and includes non-hazardous substances, materials or objects within the business, domestic, inert or building and demolition wastes

“hazardous waste” means any waste that contains organic or inorganic elements or compounds that may, owing to the inherent physical, chemical or toxicological characteristics of that waste, have a detrimental impact on health and the environment and includes hazardous substances, materials or objects within the business waste, residue deposits and residue stockpiles.

Recovery refers to the controlled extraction (of material) or retrieval of (energy) any substance, [or] material or object from waste [to produce a project]

Recycling-means a process where waste is reclaimed for further use, which process involves the separation of waste from a waste stream for further use and the processing of that separated material as a product or raw material

Once the fundamentals are in place then, in order to promote sustainability with regard to waste management, appropriate waste solutions must be put in place. These encompass a ‘cradle-to-cradle’ approach (from the source of production beyond the typical ‘after-life’ management – e.g. via disposal – towards a new lease of life) need to be considered as part of an extended producer responsibility. Finished products and goods need to be designed in a way that they can be easily de-manufactured and dismantled for material recovery and recycling, resulting in the reduction of humankind’s reliance on non-renewable resources. These concepts are not easy to achieve, however, and will require a radical mind shift in our society on the consumer level (demanding waste-wise products) as well as on industrial level (increasing cleaner production technologies). The quest for zero waste and achieving sustainable waste management can be realised through a process of gradual improvement in production efficiency and consumer waste awareness. The first step is to set achievable targets in reducing the growth of the waste stream and reducing as much waste as possible at source (by preventing it from being generated). We should also be aware and plan for the fact that in aiming for zero waste, it becomes progressively more difficult and more expensive to achieve the higher percentage targets for reducing waste volumes.

Integrated waste management became mandatory with the coming into effect of the National Environmental Management: Waste Act, 2008 on 1 July 2009. The Institute of Waste Management of Southern Africa recognises the importance of a broad hierarchy of preferred options that look at the waste stream in a cradle-to-cradle approach, namely:

Waste avoidance: The reduction of waste at source. Through a deliberate policy of minimising the creation of waste within an industrial process not only reduce waste but also reduce the need for virgin resources to be exploited.

Re-use: The utilisation of a waste product without further transformation (e.g. the use of old newspapers as wrapping material or using old glass jars for storage).

Recycling: The manufacturing of a product that is made from waste materials. This can only be done by a business that is technically equipped to change the properties of a former waste material into a new product (e.g. making plastic pellets out of plastic waste, melting waste glass to make new bottles, melting beverage cans for new metal appliances, etc.).

There is a distinction between closed-loop and open-loop recycling.

Treatment: The processes of changing the physical and/or chemical properties of a waste product, (e.g. by compaction, incineration, neutralisation of acids and bases and detoxification of poisons).

Disposal: The final and least desirable step in the hierarchy, involving land filling of wastes in a controlled manner.

The above saving were calculated for a meter reading form application. Mobile phone technology was used to replace physical forms with R1,6m trees annual savings. Note the saving of nearly 4 trees and 5 tonnes of CO2 per annum as well.

Login
Accessing this course requires a login. Please enter your credentials below!
Lost Your Password?